Christmas and New Year's in Ecuador 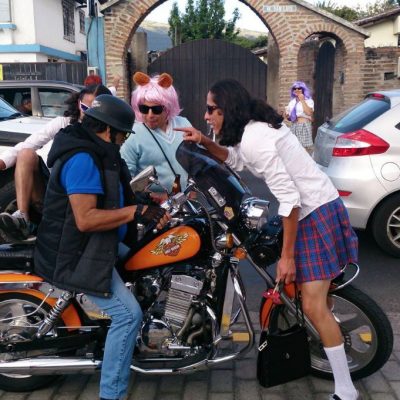 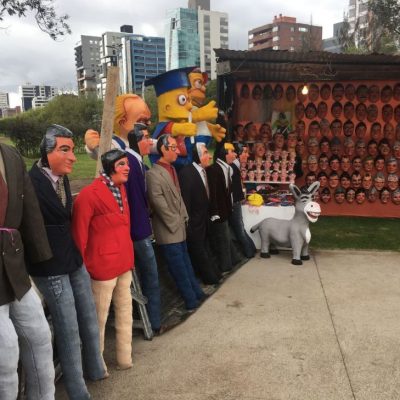 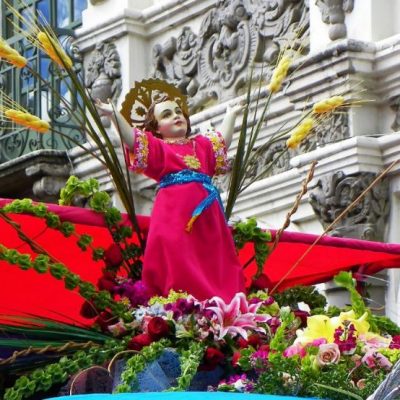 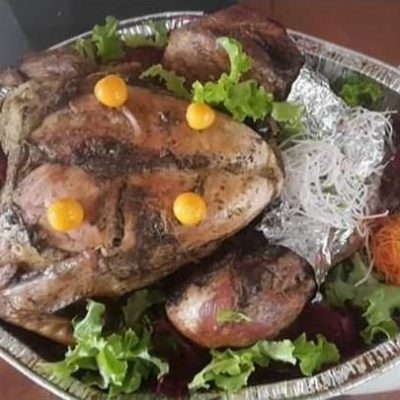 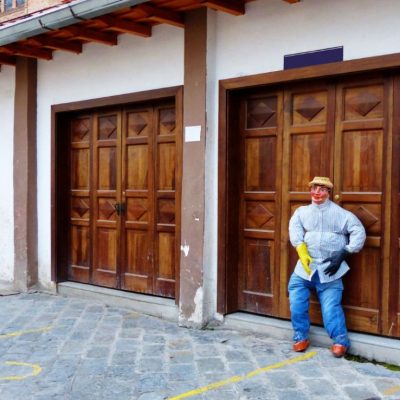 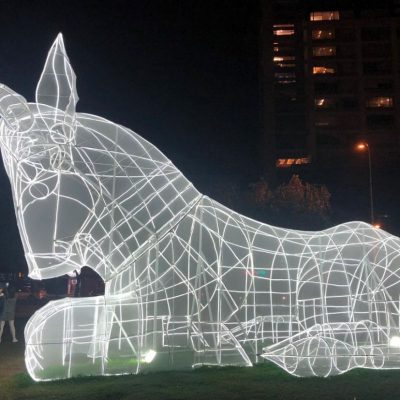 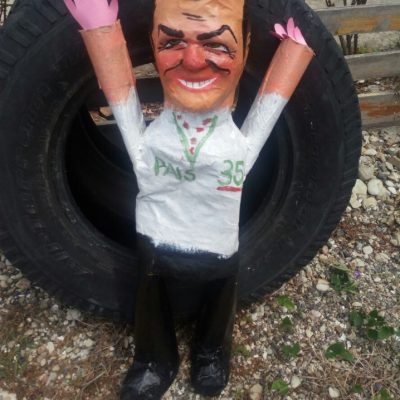 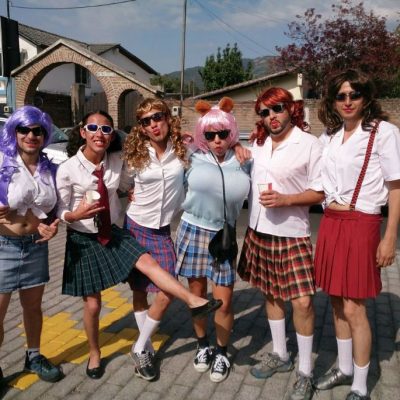 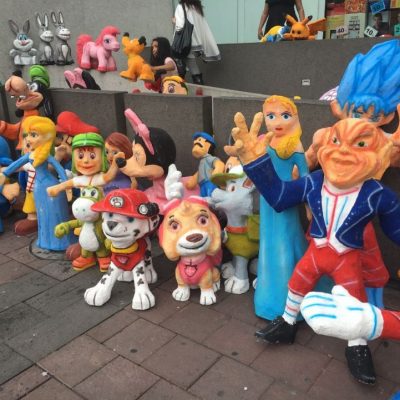 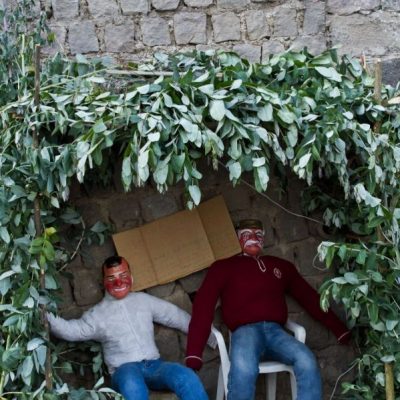 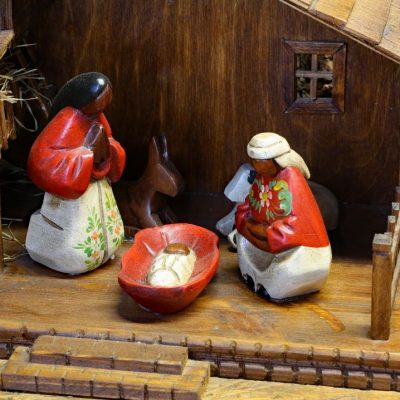 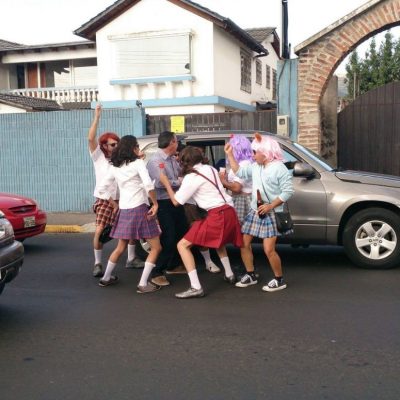 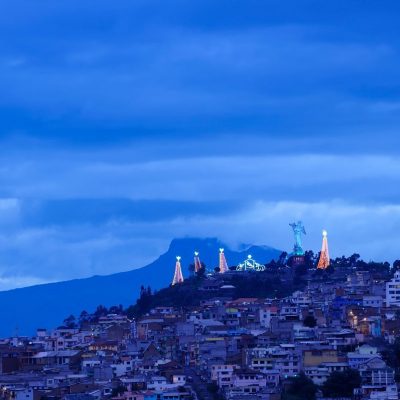 Christmas in Ecuador is shaped by its history of the Spanish occupation, indigenous culture and of course modern influences from North-American culture and starts with the tradition that is known as novena de aguinaldos. Novena refers to the nine days of preparation for the birth of Jesus Christ. Each night represents one month that Mary carried baby Jesus. The novena also honors the Three Wise Men, Mary, and Joseph during their search for shelter before the birth of Jesus. Families and neighbors gather to sing carols and to pray for the poor and the sick at church. Every day having its own special prayer.

Ecuador being a religious country is very family oriented, making Christmas one big family reunion. Families gather at the house of the head of the family (usually the grandparents’ house) with their spouses, children, and sometimes even their in-laws. Having that many people in the house means that there are a lot of mouths to feed and the meals that are prepared are elaborate. Families prepare the food together as many hand make light work. Some typical dishes for Christmas are roasted turkey, and hornado de chancho, a roasted pork leg usually marinated in garlic and beer.

Of course Christmas would not be Christmas without presents for the children, but here the tradition of gift giving is a little bit different than what we are used to in the Netherlands. The presents won’t already be placed under the Christmas tree beforehand. Instead, they will be hidden away until it is time for the children to go outside and search for the star of Bethlehem, the one that revealed the birth of Jesus. In the meantime, the adults that stayed indoors will arrange the presents under the Christmas tree. But having a Christmas tree in the house was not a part of Christmas traditions in Ecuador until recently. Fir trees are not native to Ecuador and are too expensive to buy for most households. So, most families put up artificial trees or a cypress tree. Also, instead of using traditional ornaments, the trees are decorated with colorful straw ornaments which are re-used throughout the year for other celebrations. But within the cities, especially in Cuenca, there are many decorations and lights to be found in the main squares.

An important part of the Christmas celebration in any Ecuadorian household is the nativity or pesebre. It is a representation of the birth of Christ, normally besides the Christmas tree. This representation looks a lot like what you would see in North America. The comprises of a stable covered in grass and straw with Mother Mary and Joseph remains the same. Also the outside of the stable has farm animal figurines – sheep, cows, sometimes llamas, and the Three Wise Men. However, in Ecuador baby Jesus does not appear in his crib until midnight on Christmas Eve. Did you know that this household tradition also happens on a larger scale with contests happening in cities for the best nativity scene. In Quito, for example, the Nativity or Nacimiento is on a large hill and consists of a very large statue of Mary with wings.

On the 28th of November, an event at the Panecillo statue in the old town of Quito is being held. Next to the big virgin statue, you can see other statues that represent the Christmas story. These new statues represent the main characters of the biblical story of Jesus, the Three Wise Men, Josef, Maria, and a donkey. The statues are covered with hundreds of little lights.

Another celebration that takes place on the day of Christmas Eve is the Pase del Niño. During this celebration, locals carry a statue or image of baby Jesus through the streets. Jesus is often accompanied by people dressed up as Mary, Joseph, and the Three Kings, traditional musicians, and folkloric dancers. One of the most famous Pase del Niño processions of Ecuador can be found in Cuenca, but many little towns and cities hold some version of this event. If you are traveling during this time of the year we definitely recommend visiting one of these processions. Make sure to double check the schedule of the place you will be staying as some towns hold the procession earlier in the season.

The main custom during New Year’s Eve in Ecuador is the burning of an año viejo, life size dolls that are built between Christmas and New Year’s. These dolls represent the old year and are set aflame on January 1st at 12:00 AM. These dolls are burned to remove bad energies of the old year or to burn good things that can go into the new year. The dolls usually represent old men, leaving a widow behind. On December 31rd Ecuadorian men also dress up in women’s clothes and roam to the streets like a hysterical widow, looking for some change to pay for the “funeral”. Besides paper dolls of old men, you will also find dolls of cartoon characters and political figures for sale on the streets.

Another fun tradition is to wear a certain color of underwear at New Year’s, namely yellow or red. Yellow underwear is worn by both men and women and would ensure financial prosperity. Those who put on red underwear are hoping for a successful love life during the next year. There are also people who run around the streets with a suitcase in their hand, hoping that this means that they will travel in the upcoming year.

Let's get in touch

Do you want to book a tour or do you have a question? Or would you like to receive a tailor made travel proposal?